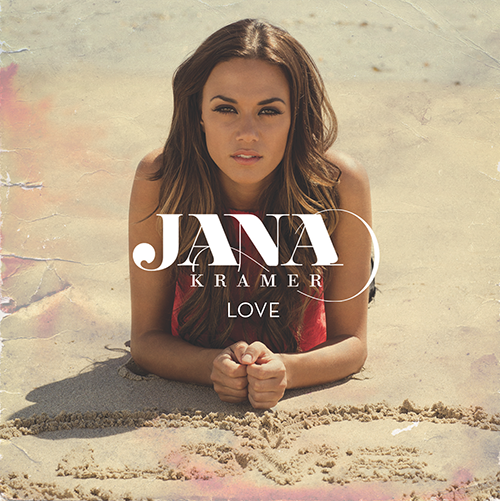 Jana Kramer just released her latest single "Love" which is available on iTunes now.  Watch the official video for "Love" below.

Jana Kramer’s new single “Love,” the debut track from her forthcoming album due later this year, will be impacting radio on June 9, but fans can get an advance download now on iTunes by clicking HERE.

“I can’t wait to share the love with my new single,” says Jana. “I’ve been spending a lot of time in the studio working on my new album and I’m so happy to be releasing new music to fans and can’t wait to hear what people think about the song.”

Kramer is currently on the road including stops in Nashville during this week’s CMA Music Fest, as well as the House of Blues in Anaheim, CA June 12th and the Las Vegas Access Showroom June 13th (full list of tour dates below). She also teamed up with Macy’s recently for their American Icons campaign featuring I.N.C. International Concepts. The campaign features Kramer alongside Brett Eldredge in print, digital and in-store ads wearing pieces from the newest I.N.C. collection. The initiative began in May and will run throughout the summer.

Kramer released her self-titled debut album to much critical praise, earning her the title of ACM’s 2013 New Female Vocalist of the Year, as well, the title of most played debut artist at Country Radio for 2012. As one of the fastest rising debut artists of 2012, Kramer has impressively sold over 1.5 million tracks from her debut album. 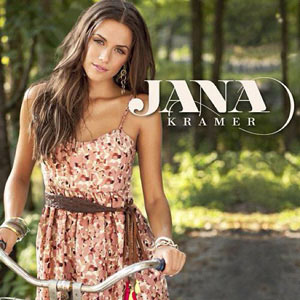 Warner. Nashville artist Jana Kramer will be the honorary ambassador for the 7th Annual "Music City Songwriting Competition." Additionally, Kramer will serve as a mentor to the winner.

The contest is open to amateur songwriters, and entries will be accepted until Saturday, February 15th. The winner will receive $1000 and a five-night trip to Nashville where they will be interviewed for Great American Country and Sirius XM radio by Storme Warren, be featured in "American Songwriter" magazine, have a showcase at the American Songwriter office, attend a mentoring session with Jana, attend a one-hour songwriting session with a professional songwriter, the opportunity to receive a publishing deal, and have their winning song highlighted on Music City Radio. 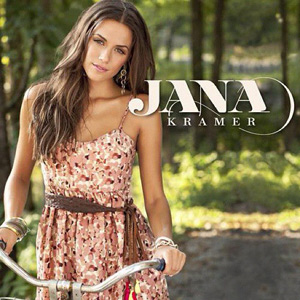 Jana Kramer’s new single “I Hope It Rains,” from her highly praised self-titled debut album is impacting radio now. While fans can already purchase the single at iTunes, the ACM New Female Vocalist of the Year, recently shot her new video for “I Hope It Rains” just outside of Nashville to be released next month. Kramer is currently on tour with Darius Rucker through June; joining Blake Shelton on the “Ten Times Crazier Tour” this July. Fans can catch Kramer on one of over fifty stages through October, including stops at Chicago’s Rivinia Festival June 28th, New York’s Jones Beach Theater July 21st and Nashville’s Bridgestone Arena September 14th.

Kramer released her self-titled debut album to much critical praise, earning her the title of ACM’s 2013 New Female Vocalist of the Year, as well, the title of most played debut artist at Country Radio for 2012, along with being named on Best Of Lists by Billboard and iTunes and the Men’s Health Hot List. As one of the fastest rising debut artists of 2012, Kramer has remarkably sold over 1.3 million tracks from her debut album.

Doors open at 9:30pm with a VIP meet and greet at 10:00pm and the show at 10:30pm. VIP tickets sold out within hours the day they were released, but general admission tickets are still available in limited quantities now in the Warner Music Nashville Official Store. You won’t want to miss this exclusive event!

Brantley Gilbert proposed to girlfriend and fellow country singer Jana Kramer last month and chose the legendary Ryman Auditoriium as the setting for his proposal.  He talked about proposing recently during a radio interview and about why he chose the Ryman as the place where he would propose.

“We always said if it weren’t for country music we never would have met,” says Brantley.

“We met at the CMT Awards June 6 [in 2011], and I was actually going to propose to her on June 6. I told my mom about it and she let me in in a little information. She and my dad are divorced, and they had gotten married on June 6. And it’s also doomsday. So I decided not to do it [on that day].”

“As you can see,” he continues, “we kinda moved up the proposal. I couldn’t wait.”

On top of that, “we love the whole Johnny and June story,” he says, referring to Johnny Cash and June Carter Cash. During this part of the interview, one of the interviewers called Brantley out for showing his “softer side”, to which he admitted “a little bit of that side might be peeking through, which is rare, I don’t give much of it.”

As for the Ryman, “that’s where they met,” he says, referring to Johnny and June. “And it’s just a special place to us.”

Brantley also talked about his life with Jana, including how often they argue (“we really don’t fight that much”, who “cracks the whip” in the relationship (Brantley says the answer is written right on the back of his hat - which says "BOSS"), who takes longer to get ready (no surprise there), and who is messier (that one might surprise you).

Jana gave her version of the proposal in a separate radio interview:

“He surprised me so much,” Jana said of the engagement. “It was actually his birthday when he proposed. He had blindfolded me — and I thought, ‘Why are you blindfolding me?’” Then, she says, “he took me to the Ryman Auditorium. And he was like, ‘We always talk about how if it wasn’t for country music we never would have met. About 30 steps to our right is where Johnny [Cash] and June met.’ And he’s always idolized that love story.”

“Then he turned me around, he was down on one knee, and he asked me to marry him!”

So did she cry? “Oh my gosh…yeah.” And did he also cry? “He did,” Jana admitted.  Brantley also asked her Mom for permission prior to proposing.

In spite of their busy schedules, the two have discussed a date and it sounds like it has been set for 2013.  “We had like two weekends that we were able to do it this year.” And yes, Jana admits, “we have planned it, but we’re not going to tell anybody.”

Brantley Gilbert’s latest single is “More Than Miles,” and Jana Kramer’s is “Whiskey.” Both are also in the running for the ACM’s fan-voted category of New Artist of the Year (cast your vote here).

In case you haven't seen the stunning 5 carat engagement ring that Brantley designed, here it is. 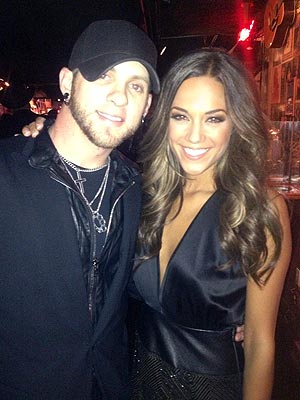 Country star Brantley Gilbert received the best gift ever in the form of an enthusiastic "Yes!" when girlfriend, One Tree Hill actress and country singer Jana Kramer, accepted his proposal of marriage in Nashville on Sunday, his 28th birthday.

"We could not be happier!" the couple tell PEOPLE exclusively in a statement from their rep. "We are so excited to share this special time with our loved ones and cannot wait to start the rest of our lives together."

The couple, who are both nominated in the best new vocalist categories at this year's ACM awards have been dating about a year.

Gilbert proposed in Nashville at the historic Ryman Auditorium Theater, which he rented out for the day. It is also the site of the former Grand Ole Opry stage, where iconic country couple Johnny Cash and June Carter met.

"I was so surprised!" admits Kramer, 29. "He asked my mom for permission before he proposed, which meant a lot to me."