One of the most popular and most recorded singers, superstar Vince Gill has become the measure of excellence in country music. His vocal performances are spellbinding, his songwriting emotionally powerful and his guitar-playing world-class.

Gill achieved his big breakthrough with "When I Call Your Name," which won the Country Music Association's Single of the Year award. He has since won 17 more CMA honors. Since 1990, Gill has received 20 GRAMMY Awards and sold more than 26 million albums. He was inducted into the Country Music Hall of Fame in 2007, is a member of the Grand Ole Opry and was honored with a star on the Hollywood Walk of Fame. A member of the GRAMMY-nominated band The Time Jumpers, Rounder Records released the band's first studio album last year.

Gill's high, pure tenor voice and unerring sense of harmony have caused dozens of artists-from Reba McEntire to Dolly Parton-to embrace him as a duet partner. He has established himself as one of the most successful guitarists of his generation. Combining a deep knowledge of bluegrass and classic country with the fire of '60s rock, Gill has earned a place next to his musical heroes.

His passion for golf led him to start the Vince Gill Pro Celebrity Invitation Golf Tournament - or more affectionately known as "The Vinny" - to help support junior golf programs in Tennessee. He and his wife, Amy Grant, are renown for their charitable spirits that constantly and continuously pour out into the community. Gill was recently awarded the Leadership Music Dale Franklin Award in recognition of his philanthropic heart.

Nashville Arts & Entertainment Magazine, a Glover Group Entertainment Production, is pleased to make a $1,000 donation to an affiliated charity of each honoree, and for Vince Gill, The First Tee Foundation will receive the gift. The mission of The First Tee Foundation is to impact the lives of young people by providing educational programs that build character, instill life-enhancing values and promote healthy choices through the game of golf. 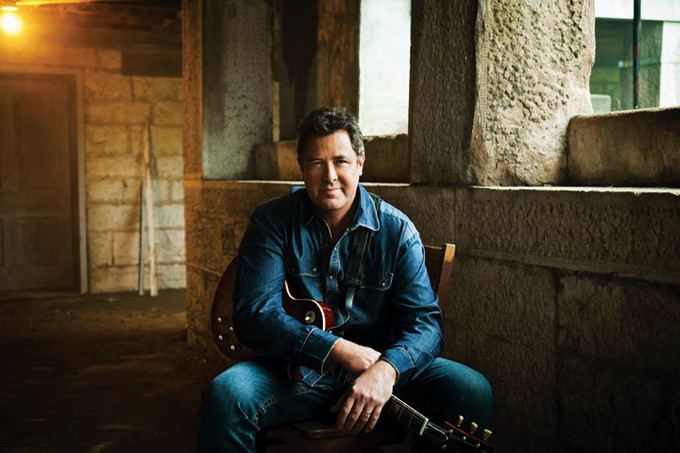 Guests had the unique opportunity to hear and see WSM’s Eddie Stubbs interview both Vince Gill and Paul Franklin as part of a special “Bakersfield” broadcast scheduled to air on Monday, July 29 at 7pm CT on 650 AM WSM and www.wsmonline.com; the week Bakersfield will arrive in stores.

Gill and Franklin pay tribute to the “Bakersfield” sound by performing songs from two of Bakersfield’s sons; Buck Owens and Merle Haggard on Bakersfield. Both musicians shared the producing duties on the ten song set that makes up the album.

MCA Recording and 20 Grammy Award-winning artist Vince Gill and famed steel guitarist, Paul Franklin, are proud to announce the release of 'Bakersfield' on July 30 via MCA Nashville. Gill and Franklin pay tribute to the “Bakersfield” sound by performing songs from two of Bakersfield’s sons; Buck Owens and Merle Haggard.

“This is just as much a guitar record for me as it is a singing record,” Gill says, “But it was fun for me to sing a whole record of the greatest songs ever. I guess what I’m real proud of is that when it’s one of Buck’s songs, I sing it very much in that vein. And the Haggard songs are very much in the vein he sang. With Buck’s songs, you won’t find much vibrato in my vocals, and with Merle’s, it will come down to a low note and that quiver.”

“This may be Vince’s greatest project,” Franklin declares. “What a showcase! I’ve heard him sing for 30 years, but he sings licks on this record I never heard before.”

Merle Haggard who writes the albums liner notes says “Vince and Paul offer a great new touch on a great old sound. It was great, certainly to hear my music done with the great touch of Vince and Paul. I feel highly complimented. But it was especially great to hear what they did with Bucks stuff. Some may not notice, but I for one knew how great Buck really was, first as a musician, then as an artist.”

The iconic singer/songwriter adds, “I can only give the entire project a big ole double, thumbs up! Well done guys, the West Coast takes a bow.”

Title Made Famous By

7. "Nobody’s Fool But Yours"  Buck Owens (Written by Buck Owens)

9. But I Do Buck Owens (Written by Tommy Collins)

Starting today, fans can preorder 'Bakersfield' at the Country Music Hall of Fame www.VinceGill.com and www.Amazon.com

Oklahoma benefit concert set for May 29 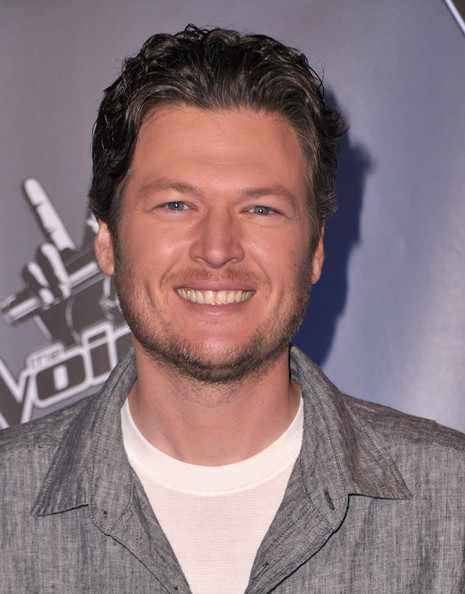 Blake Shelton‘s “Healing in the Heartland” benefit concert is set for May 29 at Chesapeake Energy Arena in Oklahoma City, Okla. The event will be aired live on NBC beginning at 9 p.m. ET. It will also air on cable networks Style, G4, Bravo, E! and CMT on either a live or delayed basis. Premiere and Cumulus will also simulcast the concert.

Artists expected to participate include Miranda Lambert, Reba McEntire and Vince Gill, though more performers will be announced later.

“Everyone has their way to help, and mine as an entertainer is to perform to help raise money and awareness for this tragedy,” says Shelton. “This is why I want to do this special and especially hold it in Oklahoma City, which is near ground zero.”

Tickets will go on sale at 10 a.m. CT on May 25. Tickets are $25 and are limited to eight per person. Tickets can be purchased at the Chesapeake Energy Arena box office, all Ticketmaster locations, by phone at 800-745-3000 or online at ticketmaster.com.

Vince Gill, Larry Gatlin and the Gatlin Brothers, Jimmy Fortune of the Statler Brothers and Joanne Cash Yates will join show host Tommy Cash for the third annual Johnny Cash Music Festival, according to an announcement made today by concert producer and festival founder Bill Carter. The 2013 event is set for August 17 and will once again take place at Arkansas State University’s Convocation Center in Jonesboro, AR. Showtime is 7:00 pm and tickets will go on sale April 1 - see below for information.

As in year’s past, proceeds from this year’s event will fund the restoration of the Johnny Cash Boyhood Home in Dyess, Arkansas, as well as support a scholarship fund established in the international superstar’s name. Already, four young people are attending ASU thanks to the money raised at the previous events.

“We have been extremely happy not only with the progress on Johnny’s boyhood home, but also with the funding of this scholarship,” Carter said, “Johnny’s family made it clear from the start that giving children from his hometown area an opportunity to get a college education is something Johnny would have been very proud of. Likewise, the Dyess area will benefit from the economic boost we feel certain this museum will bring to the community. We’re grateful to the artists who are coming in this year to put on a great show for a great cause.”

The restoration of the home is well underway and according to Dr. Ruth Hawkins, director of Arkansas Heritage Sites, the museum is projected to open in the Spring of 2014. The goal is to establish the Johnny Cash Boyhood Home as a museum to honor the legacy of the Man in Black. Keeping the attraction in Cash’s hometown of Dyess will help boost the local economy. It is of interest to note another piece of historical data attached to the house. Cash’s family moved to Dyess and the 40 acres of land as part of President Franklin Delano Roosevelt’s New Deal.

“We have made great progress on the actual restoration of the house and are now working with members of the Cash family on acquiring the appropriate furnishings, which are being carefully researched,” Hawkins said. “Thanks to Joanne’s and Tommy’s great memories, it’s going to seem as if the Cash family has just stepped outside the door to head to church.”

Vince Gill will be portraying himself on an upcoming episode of ABC’s new blockbuster series, “Nashville.” The episode will air Wednesday, February 27 and will feature other Nashville performers including Dan Auerbach of The Black Keys, Pam Tillis, Kate York and Kip Moore.

The episode, titled “Dear Brother,” features a surprise birthday party for Deacon, played by actor Charles Esten, and will take place at The Bluebird Café. It was filmed in mid-February.

“I had a really fun time hanging out with the cast and crew,” commented Gill. “I really do enjoy watching the show and I think it’s great for Nashville. Plus, I was playing myself which wasn’t a big stretch.”

This episode of “Nashville” will be available on www.ABC.com the day after air for users to watch online. For more information on “Nashville” visit www.ABC.com/Nashville.

Keith Urban's 'We're All For the Hall' Concert Lineup Announced

Keith Urban and Vince Gill will return to Nashville’s Bridgestone Arena on Tuesday, April 16th for 'We’re All for the Hall', a concert to benefit the Country Music Hall of Fame and Museum.

“The purity in making music on your own terms – to create art in your own way – for me is at the heart of the outlaw spirit,” said Urban. “It’s those outlaws that we celebrate this year, who not only made it possible for a guy like me to do what I love, but who play a pivotal role in the strength of country music’s diversity.”

The first three We’re All for the Hall concerts raised a combined total of approximately $1.5 million.

Reserved seat tickets are $35 and $50, plus Ticketmaster surcharge, and go on sale March 1st at 10:00 a.m. CST. Tickets are available at www.Ticketmaster.com, all Ticketmaster locations, the Bridgestone Arena box office or by phone at (800) 745-3000.

VIP packages range from $200 to $3500 and go on sale March 1 at Ticketmaster.com. These packages include all or some of the following: a VIP dinner hosted by Urban’s friends and collaborators, premium concert seat, meet and greet with Urban, guitar autographed by Urban, post-concert party, commemorative Hatch Show Print autographed by Urban and Gill, premium concert parking, and membership to the Country Music Hall of Fame and Museum