Country band LiveWire has released its single "Whiskey Sunday" via CDX Volume #572, and digitally at CD Tex (www.CDTex.com). Fans can buy it now at iTunes.

"Whiskey Sunday," written by Joe Romano and Jason Vanover, is a song about love, loss and despair. With some music critics drawing comparisons of the song to the sounds of the Marshall Tucker Band and The Eagles, "Whiskey Sunday" showcases the musical and vocal talents of the members of LiveWire who play and sing their own parts in the studio. Produced by Justin Woods, the single is the latest from LiveWire's critically acclaimed 2012 album, LIVIN' on Way Out West Records.

After a recent concert appearance at The Vanguard in Tulsa, The Current magazine raved: "These six young men put on one hell of a performance; between their music and their animation on the stage, it proved to be very, very entertaining." From performing with "Red Dirt" favorites the Casey Donahew Band, Bo Phillips, and the Red Dirt Rangers to shows with Toby Keith, Kix Brooks and LeAnn Rimes, LiveWire has forged a strong connection with fans which cut across several music labels. The band has upcoming shows with rising Texas star Kyle Park and one of LiveWire's influences, Southern Rock legends, the Marshall Tucker Band.

The core members of LiveWire have been performing together for over a decade. "We honed our playing and singing chops in honkytonks and VFW Halls in the four-state areas of Oklahoma, Kansas, Missouri and Arkansas where we are all from," says band founder and guitarist, DeGonia. "In the beginning, we were a Western Swing band. Bob Wills, Merle Haggard, Ray Price - those were our heroes. They could pick and sing really well, and we tried real hard to emulate them. Later on, we moved toward a more rockin,' edgy Country and Southern Rock sound. Our music has evolved over the years, and our fans have followed us. We are grateful for our fans!" 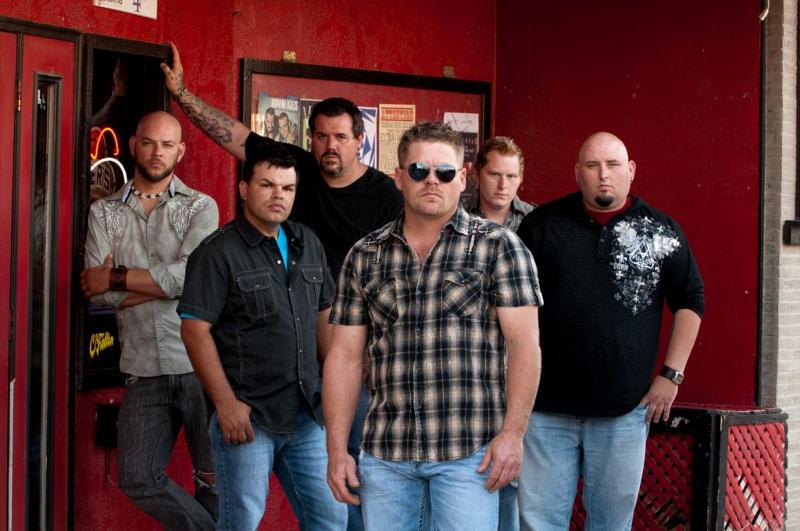 Country band LiveWire celebrates two "firsts" this week: the group is showcased with a "Debut Artist Spotlight" in the February/March issue of CMA Close Up magazine and makes its national debut on the Billboard "New and Active" radio chart.

Calling them "the pride of Joplin, Missouri," the official publication of the Country Music Association documents LiveWire's 15-year-long journey to make a name for itself in the Country music world and calls its sound "raw, honest and as American as can be."

At the same time, LiveWire's current single "Lies" debuts this week on the Billboard "New and Active" radio chart alongside current singles by Jason Aldean, Gary Allan and Parmalee.

"We are so blessed to have all these great things happening in our career," states LiveWire lead guitarist and group founder Bobby DeGonia. "They are huge accomplishments for us!"

Members of LiveWire will attend their first Country Radio Seminar in Nashville next week. A busy slate of interviews and songwriting sessions are scheduled.

Things have certainly heated up for the band in recent years. In 2009, LiveWire was a national finalist in the Colgate Country Showdown, cementing its reputation as one of the top regional touring bands in the Midwest. After aligning with Nashville manager Clif Doyal in 2011, LiveWire released a well-received EP which spawned their hit single "Tater Fed." The song received significant airplay on small market radio stations across America - and landed on the Top 40 of the MusicRow radio chart. After signing with independent label WayOut West Records in late 2011, LiveWire released a video for "Tater Fed" and a single and video of "Miracle Of The Human Spirit," which benefited the group's tornado-ravaged hometown of Joplin. "Miracle" received national television airplay on CMT Pure, The Country Network, Yallwire and other outlets. The group was also invited to perform the emotionally-charged song at the six-month anniversary memorial of the tragedy in an event presided over by Missouri Governor Jay Nixon. Recently, LiveWire released its debut album, LIVIN', and the response from critics and fans has been overwhelmingly positive, with acclaim coming from MusicRow, Roughstock, Music News Nashville, Nashville Music Guide, Maverick and dozens of other publications around the world. In another career "first," LiveWire signed with William Morris Endeavor (WME) booking agency in Nashville.