Shooter Jennings' new CD, The Other Life, is in stores today (March 12). Accompanying a film by the same name, the new album from Waylon's son features appearances from Patty Griffin, Scott H. Biram and Black Oak Arkansas frontman Jim "Dandy" Mangrum as well as Jennings' backing band The Triple Crown. In the movie, Jennings embarks on a supernatural journey that leads him to face his destiny.

Shooter Jennings to perform on The Tonight Show 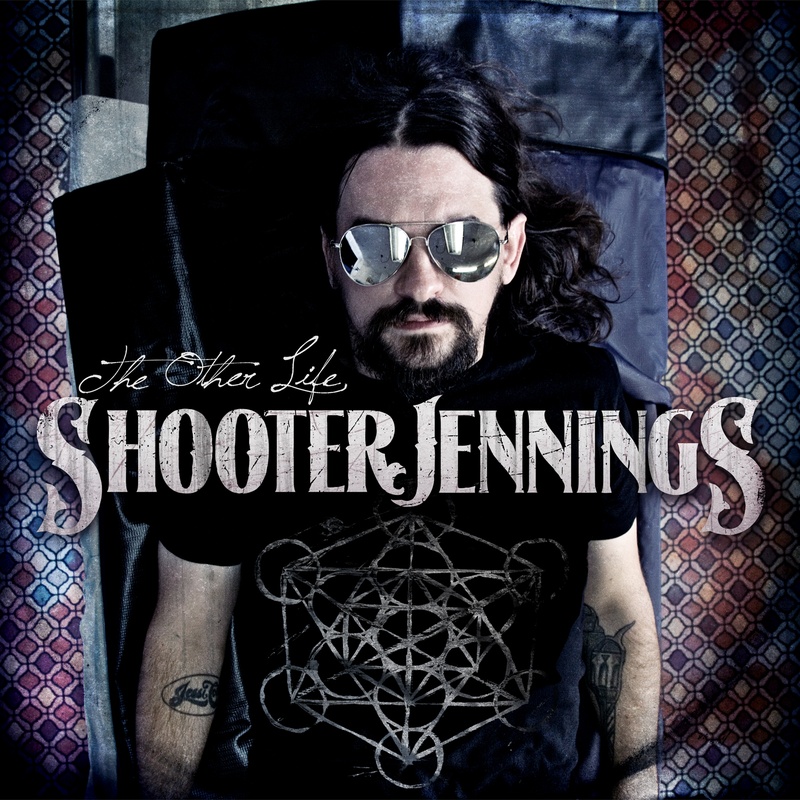 Shooter Jennings will perform Thursday, Feb. 28, on The Tonight Show with Jay Leno. Jennings has also added more North American dates to his spring and summer tour schedule in support of his upcoming album The Other Life, being released March 12. The trek begins March 12 in Austin for SXSW and ends July 13 for Renfro Valley in Kentucky.

Look for future performances on Yahoo Music, Guitar Center Sessions, Daytrotter and Consequence of Sound's "Off the Ave" sessions.

Tour Dates in support of "The Other Life:"

Shooter Jennings 'The Other Life' Review

As country/rock artist Shooter Jennings gets ready to release his new album, 'The Other Life', on March 12th, the guitarist/singer/songwriter/producer has announced a national U.S. tour in support of the album.

Shooter has also created an accompanying film to ‘The Other Life’, which will be screened at various venues.  In the film of the same name, Shooter says goodbye to his family and hits the road, but the road is not as he left it.  Haunted by a mysterious woman who is more than what she seems, he soon finds himself on a supernatural journey forcing him to face a darkness that has followed him longer than he can understand and a destiny that he cannot deny.  Jennings said of the project. "Blake Judd approached me with an idea inspired by the album and its themes...The piece as a whole felt like a very strong storytelling counterpart to the album. I believe the images and impressions left by the film accent the darkness of the album in a really cool way. I'm proud of it." View the trailer below.

Jennings, whose life began on tour buses and in music venues, has worn many hats throughout his career: the self-proclaimed "son of a rebel saint", the hell-raising vigilante minister at a revival of true country music, the radical prophet using rock and roll as his medium, and the guiding light for an ever-growing army of young musicians who are, like Shooter himself, outsiders in today's music business.  Shooter is anything but a conformist but puts his heart and soul in his work.

The new album, ‘The Other Life’, is a combination of classic country, blues and southern rock and stays true to Jennings' southern heritage. Many of the lyrics will make you stop, think, go back and listen again.  At times, the listener is left to wonder exactly who the writer had in mind as some references easily fit many of Nashville’s top entertainers today.  The mix of piano, saxaphone, fiddle, electric, acoustic and steel guitars along with rebel lyrics make for an eclectic sound that will draw listeners in and keep them coming back.

With a voice that you would never mistake for his dad’s baritone, the son of country music icon Waylon Jennings, brings his own sound to a good ole’ boy style.  Shooter is carrying on the tradition, albeit in his own way, which may not always show up in the sound but the lyrics say it all.

The title track, “The Other Life”, has a bluesy sound along with ”A Hard Lesson To Learn” which combines blues, rock and catchy lyrics for a sound that is reminiscent of ZZ Top combined with Lynyrd Skynrd.  The “Flying Saucer Song” which is featured in the trailer for “The Other Life” is ¾ instrumental with no lyrics until the last part of the song, which made it a hard listen for me. I did however like the last part of the song once the lyrics came in and this is probably a good example of Shooter doing it his way.  This is one I would love to pick his brain about, to hear the thought process that went into the song and what it means to him.  “Wild & Lonesome” featuring Patty Griffin was premiered on the 4th season of the FX original series Sons of Anarchy late last year. This ballad has a classic country sound with steel guitar throughout.  “Mama, It’s Just My Medicine” and “15 Million Light Years Away”, which features Jim Dandy, are rock with the latter staying true to Shooter’s authentic style.  Each track brings something of it’s own to the album, with many surprises such as the saxaphone in “The Gunslinger”.  “The White Trash Song”, is the first official single from the album, and is country rock at it’s finest with undeniable southern roots.  It features energetic and swirling piano accompaniment along with catchy and humorous lyrics - there’s even a rooster crowing at the beginning which adds to the imprint the song is meant to make.  This one premiered on RollingStone.com in December 2012 and you can give it a listen here.

“Outlaw You” was written about his father, Waylon Jennings, with lyrics mentioning the eldest Jenning's arrival in Nashville in ‘62 - “When Waylon came to town they didn’t like his original sound, tried to starve him out....got a shot and he took it to #1.......  first million records in country ever...”  It is an anthem to Waylon and the struggles he endured when he came to Nashville, and in his non-conformist way made his now infamous imprint on country music, contributing to what county music is today.  The lyrics also give insight on Shooter’s opinion of country music and the industry today.  “Hey pretty boy in your baseball hat, you couldn’t hit country with a baseball bat....” This track is a sure bet to show up in the film that Shooter is set to co-produce based on his father, the legendary outlaw country icon.  The biopic is scheduled to go into production in 2014 and will focus on Waylon's groundbreaking years when he fought the Nashville establishment and his own personal demons to define the popular Outlaw movement. The film has the blessing of Jessi Colter and the Jennings estate.  Watch the official video, released in August of 2011.

Jennings has a very specific idea of the time period he wants to cover in the film about his famous father. "Trying to get his whole life in a movie doesn't really interest me. I'd rather it focus on really the heart of his life, which was that Nashville battle, and how he won that", he says. "That's kind of the important part of the story, so for me, I definitely don't want to take it places like Ray and Walk the Line and stuff, where it's just like him picking cotton all the way to the end in two hours".  No one has been cast yet, but there have been names tossed about. One possibility that Jennings likes is actor Jeremy Renner (The Hurt Locker), who Jennings says "would probably make a pretty good choice".  Just in case you're wondering, don’t expect to see Jennings in the movie. When asked if he’ll have a part, he says, "I hope not. I'd like to be in a lot of the background stuff, the music and stuff like that. But I have no interest in actually being in it".

Track Listing for ‘The Other Life’

Tour Dates in support of ‘The Other Life’