Country music newcomer, Dakota Bradley, has recently released his new single. "Won't Be Young Forever" to Country radio. The song is Dakota's follow up to his debut single "Somethin' Like Somethin'", which became a Billboard Top 50 hit.

The single was co-written by Dakota, The Warren Brothers, and Lance Miller. This upbeat tune is surely a song many young people can genuinely relate to. The lyrics explain that you have your whole life in front of you, and you should make the best of it. "I’ll be forever young, but I won’t be young forever".

Dakota is currently working with Byron Gallimore and Tim McGraw on his full length album. If his first two singles are any indication, the album is sure to be a success!

"Won't Be Young Forever" is available NOW on iTunes! 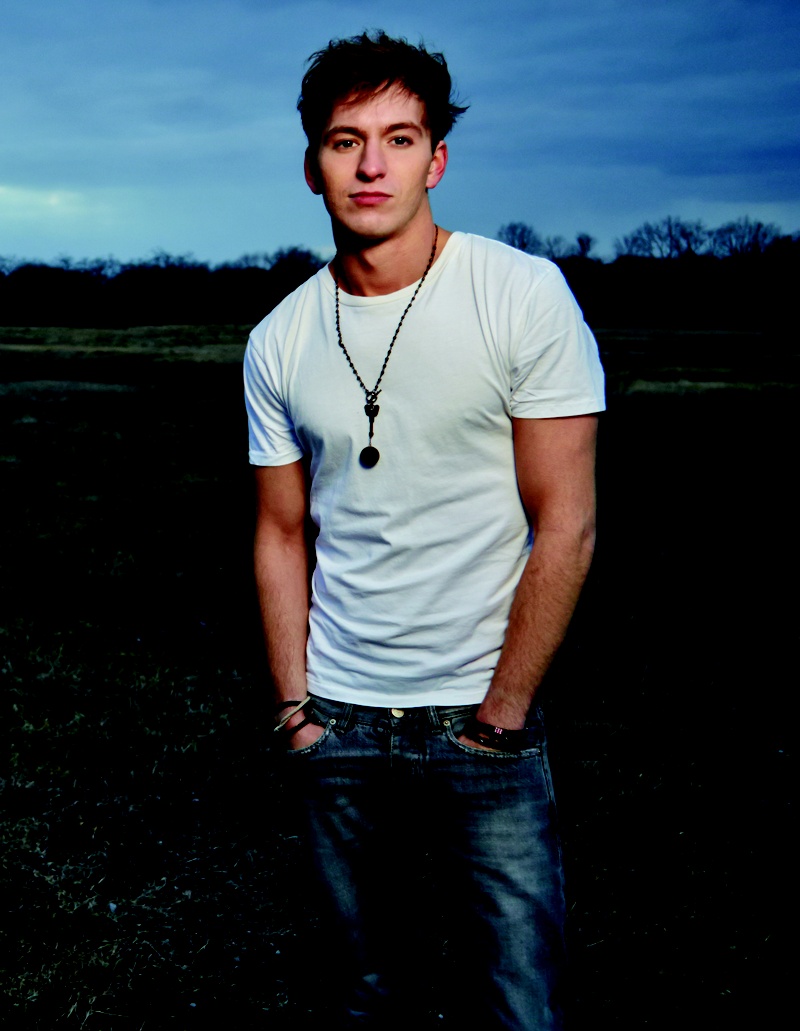 Country music newcomer Dakota Bradley has released a new single to Country radio, titled “Won’t Be Young Forever.” Co-written by Bradley, along with Lance Miller, Brad Warren and Brett Warren, this up-tempo single explains how life goes by all too fast, and while Bradley ‘won’t be young forever,’ he will ‘be forever young.’ The single is now available on iTunes and other major digital retailers.

Bradley comments about the song, “Life on earth is short, so it is up to us to determine how we spend our time here. I have my entire life in front of me to reach for my dreams, while probably making some mistakes along the way. Life is all about the JOURNEY!”

The new single follows Bradley’s debut single release, “Somethin’ Like Somethin,’” which garnered Dakota his first Top 50 on Billboard. Bradley has been in the studio working on his forthcoming album, which is co-produced by Grammy award-winning producer Byron Gallimore and Country music superstar Tim McGraw.

“Dakota is the real deal,” said McGraw. “He is a great young artist who defies the trends and lives for his music. His voice is unique and instantly recognizable, and his ability to convey pure emotion in his music draws the listener in from the very first word of every song.” 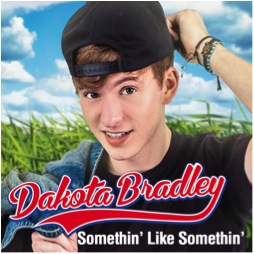 Country newcomer Dakota Bradley released his debut single, “Somethin’ Like Somethin’" to Country radio April 29th, and it became available on iTunes last week. The release is Dakota’s first single from his forthcoming full-length album, which is co-produced by Grammy award-winning producer Byron Gallimore, and Country music superstar Tim McGraw. 18 year old Dakota has been visiting radio stations for the past several months on a national radio tour, and making impromptu appearances across the country.

This promising young Country singer has already garnered a huge fan following on Twitter and even been invited to perform on the Ellen DeGeneres show. With his catchy, fun, upbeat tune "Somethin' Like Somethin'", this young man is definitely one to keep your eye on!

With a busy schedule on the road, Dakota took some time to chat with Nashville Love today and tell us a little bit about what he's been up to, when we will see his full-length album released, and answer a few questions from his Twitter fans. Check out the interview below!

Nashville Love: We’re so glad we get to talk to you today! I know you’ve been busy with a radio tour, and promoting your single “Somethin’ Like Somethin’” that just hit country radio and iTunes. It must all be so surreal at such a young age. What were your thoughts the first time you heard yourself on the radio?

Dakota Bradley: Oh my gosh its so surreal! I called my Dad and my Mom, I was just so excited! Yesterday, we were pulling into a radio station and I just heard myself randomly. That was the first time I really just randomly heard myself. It’s a weird feeling. I don’t know how to explain it, it’s just a weird feeling.

NL: You’ve been working with some big names in Nashville…Nathan Chapman (Produced Taylor Swift), Byron Gallimore, and Tim McGraw. What was it like to sing and play in front of Tim for the first time? Nerve racking I’m sure!

DB: I was pretty nervous. I had to serenade him with a love song *laughs*. He’s just such a cool guy that didn’t make me feel intimidated or anything. He just was a normal guy. He’s really nice.

NL: Your video of “That Girl Is Mine” was an internet sensation…so much so, that you got a invite to perform the song on the Ellen DeGeneres show! Tell us a little bit about how all that came to be.

DB: Well, I moved from St. Louis, that’s where I’m from, because my house burned down. Me and my Mom just moved to Nashville, not knowing anyone. I met CJ, and actually the day we met we put that video together. Two weeks after that, we were out in LA shooting Ellen! It was pretty crazy!

NL: Now that “Somethin’ Like Somethin’” is at country radio, when can we expect to see your debut album out?

NL: Are there plans to do a video for “Somethin’ Like Somethin’”? I can totally picture a fun, summertime video for this song!

DB: Oh yeah, definitely. I’m not sure when we’re gonna get to do it, cause we’ve been SO busy, but hopefully soon. I’m excited.

NL: We reached out to your fans on Twitter…might I add you have quite the following!! We asked them to send us their questions for you. We got quite a few “tell him I love him” replies, and there was even a marriage proposal as well! *laughs*

NL: So, we picked a few of the questions they submitted, and Sara (@lilrufo37) would like to know: What is your favorite song out right now?

DB: My favorite song out right now…hmmm…probably that Bruno Mars song “When I was Your Man”. I love that song.

NL: Cindi from Las Vegas (@vegas_cindi) would like to know: How do you like life on the road and touring? And do you have plans to play a gig in Vegas anytime soon?

DB: Life on the road is insanely fun. I can’t even explain how the experience has been since the beginning of January. I’ve been on the road pretty much every day. My life has just changed so dramatically. And, I was just in Vegas, two weeks ago I think. Hopefully I get to go back soon. I love Vegas.

NL: Christina (@chrissyalexisc) wanted to ask you what made you want to become a singer and when are you coming to Florida?

DB: I was just in Florida yesterday for about 5 minutes! I flew to the Jacksonville airport. And what made me want to become a singer…well, when I was little I saw a guitar in my basement, that was from like an infomercial on TV, it was like a $20 guitar. So, I looked up on the internet how to tune it, and I just tried to figure out some songs. I ended up figuring out a couple songs the first day I picked it up, and I definitely KNEW there was something to it.

NL: If you could relay one message thru your music to your fans, what would it be?

DB: Just positivity and be happy. “Somethin’ Like Somethin’” is a pretty happy song. It makes me smile.

NL: Who are your musical influences?

DB: Growing up, I was really into hard rock like Aerosmith, AC/DC and stuff like that. As I got better at guitar, I started playing a lot more. Then, I got into Stevie Ray Vaughn, Buddy Guy and a lot of Blues players. That led me to John Mayer. I fell in love with John Mayer’s writing and the whole artistry of what he does. Then, I fell in love with Keith Urban’s music and Country music. I just feel like Country music is the best genre because it actually tells a story. It just tells a story that a lot of people can relate to.

NL: What are your touring plans for the remainder of 2013?

DB: I’m hoping that I’m gonna get to play with Tim McGraw at some point this summer, which would be pretty awesome! I’m just keeping busy. I’ve got a lot of shows in various cities coming up in June.

NL: Can we expect to see you playing anywhere around town during CMA Fest?

DB: Yeah, definitely. I’m not 100% sure where I’m playing yet, but I’m definitely gonna be there.

Country newcomer, Dakota Bradley, released his debut single, "Somethin' Like Somethin'" to Country radio on April 29th, and today the single is available for download on iTunes, Amazon and all digital retailers.

"Somethin' Like Somethin'" was written by Mark Irwin, Josh Kear, and Shane McAnally, and it's the first single from Dakota's upcoming full-length debut album. “Dakota is the real deal,” says Tim McGraw, who co-produced the album alongside Byron Gallimore.

The catchy, fun, summertime tune is one that is sure to be on repeat on everyone's iPod! If you haven't heard of Dakota Bradley yet, this is certainly a name we will be hearing a lot of in the near future.  Fans can follow Dakota on Twitter (@DakotaBradley). To listen to Dakota's single, "Somethin' Like Somethin'", click HERE.

The uptempo track was written by Mark Irwin, Josh Kear, and Shane McAnally. The release is Dakota’s first single from his forthcoming 2013 full-length album, which is co-produced by Grammy award-winning producer Byron Gallimore and Country music superstar Tim McGraw.

“Dakota is the real deal,” said McGraw. “He is a great young artist who defies the trends and lives for his music. His voice is unique and instantly recognizable, and his ability to convey pure emotion in his music draws the listener in from the very first word of every song. Working with him on this project has been a lot of fun. The single is a great summer song and I really think Country radio is going to dig it.”

"I am truly blessed to have had Byron Gallimore and Tim McGraw co-produce the single and my album,” said Bradley. “I pinch myself everyday to make sure this isn't a dream. I am really thankful for them both and for Streamsound Records for taking a chance on me."

The 18-year-old St. Louis native, currently lives in Nashville and has been visiting radio stations for the past three months on a national radio tour. He has been making impromptu appearances across the United States, including stops at San Antonio Mall, Dylan’s Candy Shop in New York City, and Orlando for “Playlist Live.” Large groups of young fans attended these appearances as a result of announcements made through Bradley’s Twitter. In addition, #DakotaBradleyAtACMs trended worldwide on Twitter during the 2013 ACM Awards.

In March, Bradley performed for a sold-out crowd at Gramercy Theatre in New York City. View a clip of Dakota performing a short version of the single here.