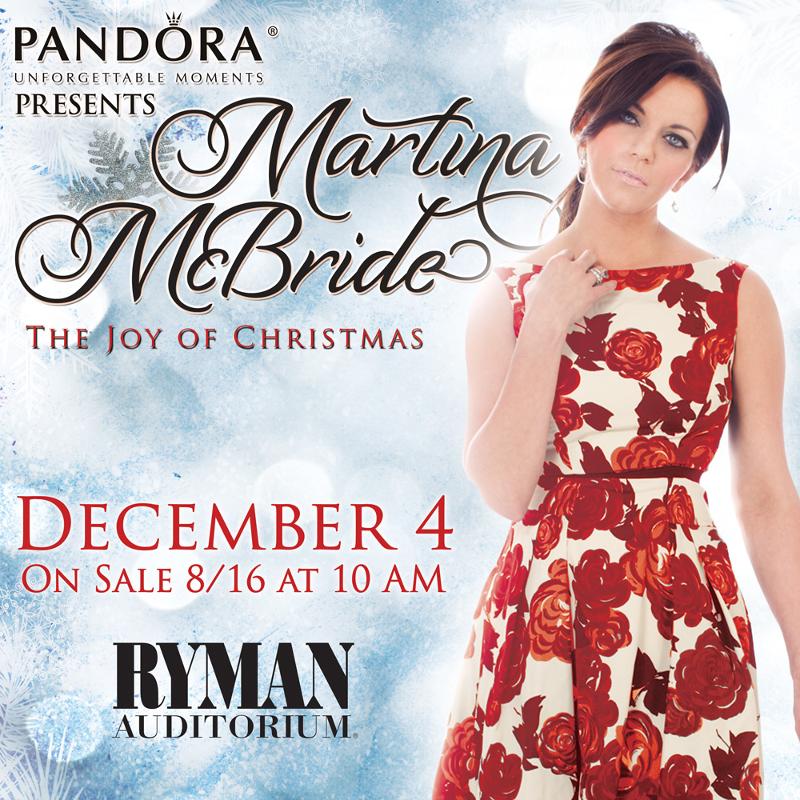 Superstar singer/songwriter Martina McBride is set to bring her Joy of Christmas Tour to Nashville for a one-night-only extravaganza at the historic Ryman Auditorium on Wednesday, December 4, 2013. Holiday revelers young and old will celebrate the season, as Martina and her 12-piece band bring their love of the holidays to the Mother Church of Country Music. Tickets are available at Ticketmaster locations or by calling 800-745-3000, the Ryman box office and www.ryman.com.

"I had so much fun on the Joy Of Christmas tour last year," said Martina. "We didn't get to play Nashville, so I'm really looking forward to bringing the show to my hometown and especially excited to be playing the Ryman again. I love performing there!"

In addition, young ballerinas from local studios and schools danced at each concert last year. A large video screen behind the stage depicted wintery street scenes, busy shoppers, snowy mountains and a home video of the McBride's on Christmas morning. Martina delighted the crowed with at least six wardrobe changes each night, and a unique "duet" with Elvis Pressley put fans in the Christmas spirit.