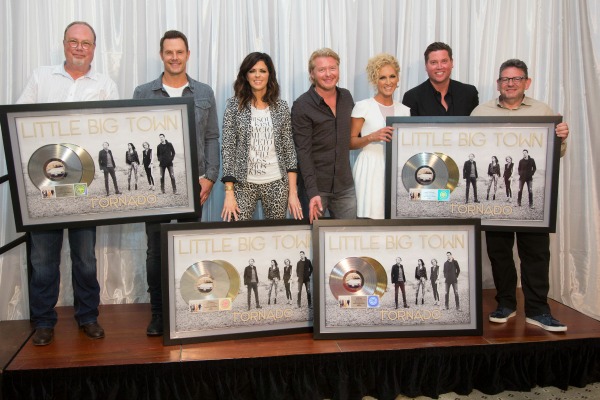 The band admitted that some of them had already celebrated by splurging on items they had always wanted.  Phillip Sweet says he’s placed an order for a white Falcon guitar from Gretsch Electric Guitars. Jimi Westbrook admits he bought a platinum F-150 Ford truck “in good faith” before the album went platinum.  Kimberly Schlapman, who also has her own cooking show, “Kimberly’s Southern Kitchen,” on GAC, just finished having her “dream kitchen” installed. And Karen Fairchild is still soaking it all in, but says she did buy herself a new outfit in London when the album’s title track topped the charts recently.

The success is a long time coming for the band, which has been together for the past 14 years. Little Big Town earned its first platinum album when 'The Road to Here' hit the 1 million mark in 2007.  A lot of time has passed while they continued to write, play, record and perform and now it's paid off with their second platnium album.  No one in LBT is takes their success for granted,  “We know this is fleeting,” Schlapman says. “We know that this is a great moment and we are soaking it in as best we can. It could be gone tomorrow, so we’ll enjoy it.”