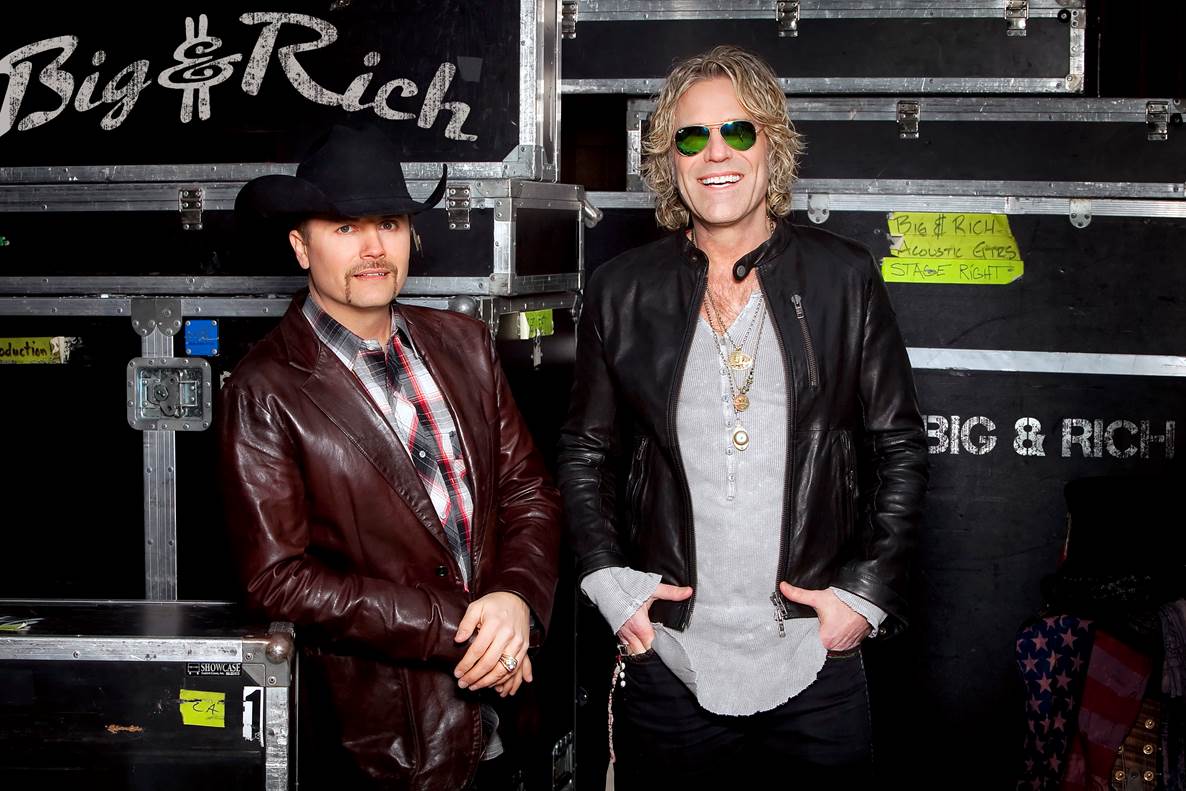 Big & Rich – Big Kenny and John Rich – will be celebrating CMA Music Festival unlike any other artists. Watch the streets of Nashville on Thursday, June 5th as the electrifying duo bring the party to downtown Music City and unlock the gates to Riverfront Park before taking the stage and officially kicking-off CMA Music Festival. Be sure to catch Big & Rich’s performance, which will include a live rendition of their latest hit single, “Look At You.” Fans will be able to look at them, while they “Look At You”!!!!

"Can't wait to rock the stage with CMA Fest!,” says John Rich. “After show party is at Club Redneck Riviera! See y'all there!" Big Kenny adds, “Bring on the Clydesdales!! Looks like we're gonna be kicking off the greatest music celebration in true Big & Rich style.”

Beginning in 2005, Big & Rich have provided the opening theme to ESPN College GameDay Built by The Home Depot, which is entering its 29th season. The duo recently recorded their latest version of “Comin’ To Your City,” and filmed the weekly opening in Nashville.

The first ever Great American Country Breakfast Series will help kick off the CMA Music Festival each day starting on Thursday June 5.

Tickets are $50 and include All-star performances, buffet-style breakfast with assorted beverages, autographed photos, ticket to a photo meet-and-greet with the daily performers, entrance into the CMA Music Festival AT&T U-verse Fan Fair X venue, special gifts from Great American Country. Seating is limited to 250 and the Thursday show is sold out. Limited tickets are still available for Friday, Saturday and Sunday. Ticket information can be found HERE.

The daily line up for the Great American Country Breakfast Series:

Country stars and outdoor enthusiasts Love and Theft and Josh Thompson will kick off their CMA Music Fest week performing at NRA Country’s 2nd annual Fan Club Party on Thursday, June 5th, taking place at Margaritaville in downtown Nashville (322 Broadway). The first-come-first-served event is FREE and open to the public with doors opening at 8:00AM CT. Dubbed “Kegs and Eggs,” fans attending the NRA Country Connected Fan Club Party will be treated to breakfast, followed by riveting acoustic performances from musical guests Love And Theft and Josh Thompson and a special surprise guest, plus a personal artist meet and greet. Country Weekly will be on hand to emcee the morning.

Fans are encouraged to begin lining up at 7:00am for the sure to be packed, first-come-first-served, FREE event. Learn more and get NRA Country Connected at www.NRACountry.com

ACM, CMA, and CMT-nominated duo Love and Theft, made up of singer/songwriters Stephen Barker Liles and Eric Gunderson, first hit the scene with their runaway Top 10 single, “Runaway.” They followed it up with their #1 platinum single, “Angel Eyes,” from their self-titled album from RCA Records Nashville. The album also yielded the breakout hits “If You Ever Get Lonely,” “Running Out of Air,” and fan-favorite “Amen.” Their new single, “Night That You’ll Never Forget,” is the first single from their new album due later this year. Celebrated for the distinctive style, sparkling harmonies, and sonic depth, Love and Theft is currently hard at work on their next album with producer Josh Leo (Alabama) and can be seen on tour throughout the country.

Cedarburg, Wisconsin native Josh Thompson grew up working in the cement business, pouring concrete for driveways, patios and basements. It wasn’t until he was 21 years old that he purchased his first guitar. Thompson made the move to Nashville to pursue music in January 2005 and had a publishing deal within eight months. He stormed onto the music scene in 2010 with his debut album Way Out Here, which spawned hits “Beer On The Table” and “Way Out Here,” which have grossed over half a million downloads. Thompson recently released his sophomore album Turn It Up, which features his hit “Cold Beer With Your Name On It” as well as his current single “Wanted Me Gone.” A true road warrior, Josh performs over 200 shows each year and has also toured with Luke Bryan, Eric Church, Brad Paisley, Daruis Rucker, Dierks Bentley, Gary Allan, Hank Williams Jr., Justin Moore and Jamey Johnson, among others. 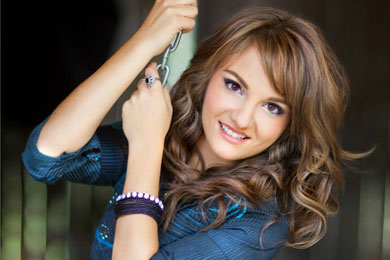 Momentum Label Group recording artist, RACHELE LYNAE has announced multiple appearances during the 2014 CMA Music Festival, including a performance on the Samsung Galaxy Stage on June 5, and a special concert at Nashville’s Two Old Hippies on June 7. Both shows are free and open to the general public.

On Thursday, June 5 at 2:00 pm CT, Rachele will hit the Samsung Galaxy Stage located at the Walk of Fame Park (between Hilton Suites and Country Music Hall of Fame) for an electrifying performance.

On Saturday, June 7 at 6:00 pm CT, Rachele will perform and answer fan questions at Two Old Hippies, one of Nashville’s leading clothing, music and accessory shops located at 401 12th Ave. South (The Gulch). The hour-long show will offer fans an up close and personal experience as Rachele talks about her journey from Kodiak, Alaska to Nashville, and the making of her brand new album. The event will be hosted by Doak Turner and will stream live from 6:00p.m. – 7:00pm CT exclusively through www.NashvilleGab.com. A fan meet and greet will immediately follow the performance.

Rachele will also be on hand throughout the four-day music festival to sign autographs for fans at the Momentum Label Group booth (#540), which is located in the Music City Center’s FFX exhibit hall. (Check FFX guide for daily schedule).

Rachele has recently released her new self-titled debut album which was produced by award winning singer-songwriter Jamie O’Neal. Since its release in late April, the new disc has been receiving rave reviews from critics and fans alike, landing her on several Artist to Watch lists for 2014. This summer, Rachele will be hitting the road once again to take her music to her fans.

For more information and a complete list of upcoming tour dates, visit www.rachelelynae.com.