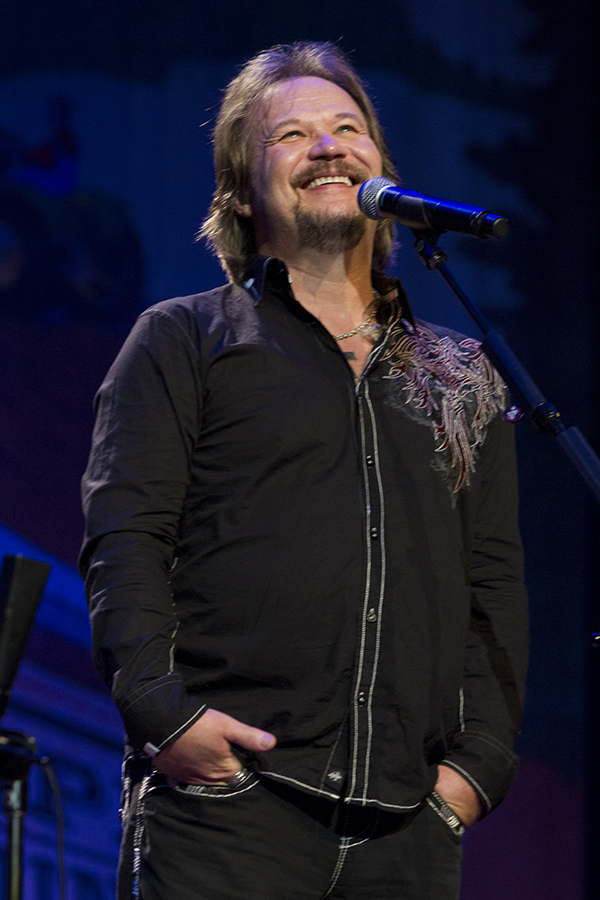 Award-winning country artist Travis Tritt has released a new song, titled “That’s What Dreamers Do.” The heart-touching ballad resonates with dreamers of all kinds and embraces the struggles and joys of being a dreamer. Tritt wrote the song for the independent biopic film, As Dreamers Do, which he narrates. The film is based on the life of Walt Disney. View the trailer for the film at www.WaltMovie.com. The single, “That’s What Dreamers Do,” is available through iTunes and www.TravisTritt.com.

The single both written and recorded by Tritt is beautifully written with lyrics that touch the heart and soul.  Add Tritt's soothing vocals and it is everything that you would expect from the country crooner, one of those tunes that you can listen to over and over again.  Travis Tritt has made it through the decades and has not lost his touch to deliver what country listeners want.

“That's What Dreamers Do” is Tritt’s second single release since forming Post Oak Recordings. Tritt formed the label in 2012 and shortly after released his full length album 'The Calm After...' Included on the album is a duet with Tritt’s daughter, Tyler Reese. The song, “Sometimes Love Just Ain’t Enough,” is a cover of the 1980s pop hit. Together, they released a video for the track, which is available for viewing below. Four of the songs on the album, co-produced by Randy Jackson, were either written or co-written by Tritt. 'The Calm After…' is available on iTunes and other major digital retailers.

2014 has proven to be a busy year for the Marietta, Georgia native. Tritt has been touring extensively, including show dates stretching as far north as Canada. To view a list of upcoming tour dates, visit here. Earlier this year, he filmed a live DVD from the Franklin Theatre in Franklin, Tenn which will be released later this year.

2014 marks the 25th anniversary of Tritt’s music career. His chart-topping success includes millions in album sales, two Grammy award wins and multiple No. 1 singles on the Country radio charts, including “Help Me Hold On,” “Anymore” and “Best of Intentions.” He was dubbed one of “The Class of ‘89,” which included Country music superstars Garth Brooks, Clint Black and Alan Jackson; all whom dominated the charts in the early ‘90s.