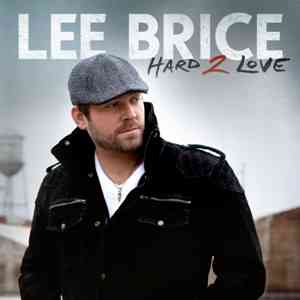 Award-winning singer/songwriter Lee Brice has been honored with a nomination for “New Male Vocalist” by The Academy of Country Music. For the fifth year in a row, fans can voice their choice at www.VoteACM.com or www.GACtv.com/ACM. Voting begins today, Monday, January 21, 2013 at noon ET. Lee’s current single, the poignant “I Drive Your Truck” is his fastest charting single to date. After only two weeks of airplay, the song quickly landed in Billboard's Top 30 and currently sits at #16. The New York Times described it as "an electric, overpowering song…Mr. Brice sang it vigorously." Lee’s brother, Lewis, plays the lead role in the heart-rending video for the song.

The moving single comes on the heels of his two consecutive platinum number one hits, “A Woman Like You” and “Hard 2 Love”, both of which were named in Billboard’s “Top 50 Country Songs of 2012” and are included on his current sophomore release HARD 2 LOVE (Curb Records). The collection was named one of The New York Times' Top 10 Albums of 2012 and honored by iTunes as part of its Best of 2012 feature as the “Top Breakthrough Country Album of the Year”.

The 48th Annual Academy of Country Music Awards will be televised LIVE from the MGM Grand Garden Arena in Las Vegas Sunday, April 7, 2013 at 8:00 PM ET.