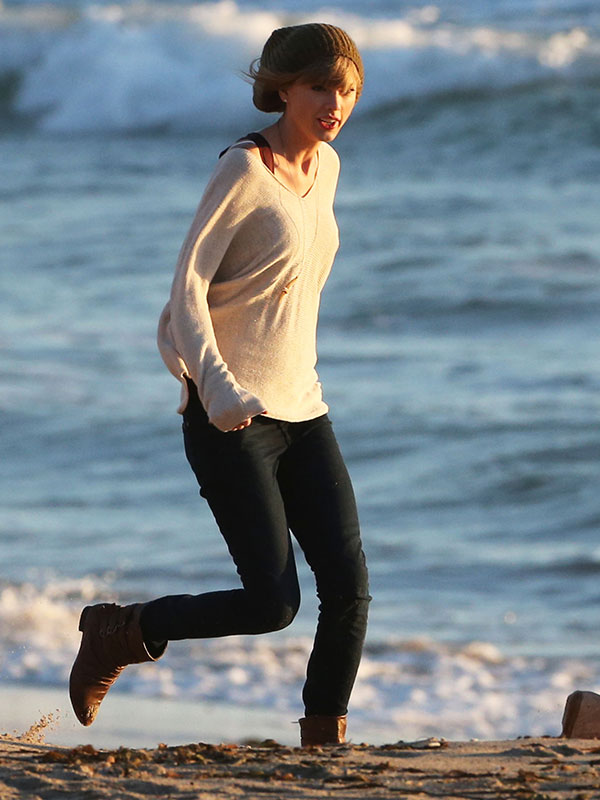 Taylor Swift may have insinuated during her biting Grammys performance last Sunday that she is “never ever getting back together” with her ex, One Direction’s Harry Styles.  However she’s apparently dressing like him now.  Swift wore an outfit for the filming of her latest video that mirrors her ex’s fashion sense almost exactly.  She hit the nail on the head with every detail of Style’s signature casual look: baggy sweater, tight black jeans, ankle boots….and, last but not least, the knit beanie on top to cover those lavish locks.  Compare the pictures and tell us what you think!

Swift is well known for paying homage to her exes in her songwriting.  This time, it seems that she is making reference in a more visible way.  The video, which was filmed in Malibu, California, is reportedly for Swift’s song “22”--which contains the lyrics “It feels like a perfect night to dress up like hipsters, and make fun of our exes.”  Styles was obviously the chosen one for this part of the video.

Swift seemed to have a lot of fun while filming.  “Leaving LA now after the best day with my friends.  Almost forgot it was a video shoot.  Can't wait for you guys to see it.,” she tweeted, after finishing work for the day.