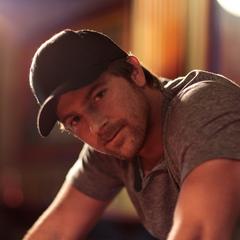 Following two consecutive trips to the top of the charts, MCA recording artist Kip Moore's new single, "Hey Pretty Girl," is his fastest rising single to date with already 100 stations playing the record in just four weeks. "Somethin' 'Bout A Truck" and "Beer Money" from his debut album UP ALL NIGHT both hit No. one last year. "Hey Pretty Girl" shows a more sensitive side to Moore, which is proving to have a strong connection with fans as the digital sales for the track continue to double in increases each week.

“For me and KBEQ this makes three in a row for Kip. He’s one of the bright new stars in this format and the ladies absolutely love Pretty Girl!”- Mike Kennedy, KBEQ

"From an album of great songs, this sounds like nothing else on the radio." - Nate Deaton, KRTY

"When Kip performed for us the very first time and played 'Hey Pretty Girl,' I got chills. With 2 smashes under his belt, this song truly shows his depth as an artist."- Mike Preston, KKWF

"'Up All Night' hands down is one of the best CD's I've heard in years. 'Hey Pretty Girl' from Kip is just another great song from this project…"- Tom Hanrahan, WDXB

“I have not yet met a woman or girl who does not absolutely LOVE these lyrics. Seriously. I wish I had written them. So does my wife. This is a giant, obvious, big ol’ hit record." - Gregg Swedberg, KEEY

Kip Moore's debut album UP ALL NIGHT, was the best selling debut album from any country artist released in 2012. His first career No. 1 single, “Somethin’ ‘Bout A Truck,” held the top spot on both charts for two weeks making him the first solo artist in four years to have a debut album’s first single go No. 1 for multiple weeks. He has already sold-out seven headlining shows this year, including his March 23 stop in Boston, MA at House of Blues, which sold out in just 20 minutes. Previously touring with Eric Church last fall, Moore is continuing to headline his own dates as well as hitting the road with Brantley Gilbert and opening for Toby Keith this summer.

For more information and a full list of tour dates, visit www.kipmoore.net.