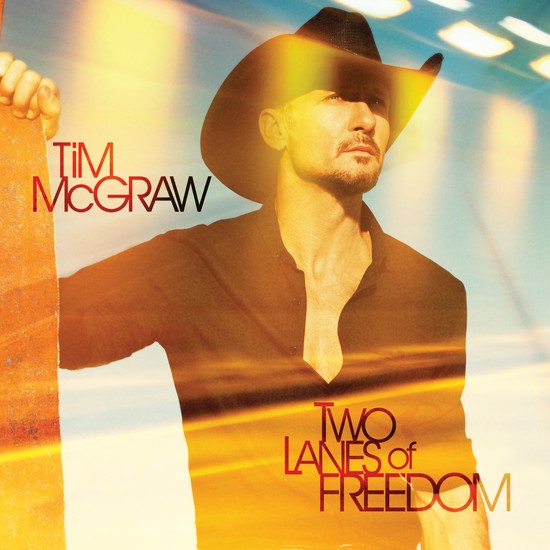 In a triple threat collaboration, Tim McGraw is releasing "Highway Don't Care" with Taylor Swift, featuring Keith Urban on guitar, as the next single from his No. one album TWO LANES OF FREEDOM (Big Machine Records). The track caused a feverish reaction from country music fans, igniting early airplay and leading to a No. one debut on the Country Digital Songs chart before its official release to radio. The track the Washington Post calls "sublime" is already closing in on 30 on the radio charts.

Written by Brad Warren, Brett Warren, Mark Irwin and Josh Kear, the lyrics find McGraw and Swift trading vocals that emote the undeniable pain of being torn apart by distance. Along with soulful guitar licks by Keith Urban, the dream team combines forces to create a landmark musical event being hailed by critics.

"McGraw's collaboration with Swift and Keith Urban, is a blowout of a send-off ballad…” Los Angeles Times

“…thrusts listeners right into the center of a head- and heart-pounding psychodrama that everyone's endured at some point.” USA Today

"A take on freedom tinged with regret with McGraw's trademark sound, tasty licks from Keith Urban, and an inspired vocal..." Billboard

“To close out the record, McGraw comes full circle with another highway song, 'Highway Don’t Care,'…It’s one heck of an encore…” Edmonton Journal

"You’ll want to hit the road and play this one over and over." Country Weekly

Up next for McGraw is the two hour all-star concert special, ACM PRESENTS: TIM McGRAW'S SUPERSTAR SUMMER NIGHT, taping April 8 at the MGM Grand Garden Arena in Las Vegas and broadcast at a later date on the CBS Television Network. He'll be calling on his friends to help kick off the 2013 touring season and raise money and awareness for ACM Lifting Lives. He'll launch his own TWO LANES OF FREEDOM 2013 TOUR, presented by Pennzoil, in Birmingham, AL on May 2 and continue on to 30 cities through July. The U.S. trek will also feature emerging artists Brantley Gilbert and Love and Theft.

McGraw recently celebrated his 33rd career No. one with "One Of Those Nights." The track, officially certified Gold by the RIAA, is at No. one again for the third week bringing McGraw’s total weeks at No. one to 85 weeks (Billboard and Mediabase) since his chart career began. TWO LANES OF FREEDOM debuted at No. one on the Billboard Country Albums chart marking his 14th career No. one debut. Since the release of his debut album in 1993, McGraw has sold over 40 million albums, won three GRAMMY’s, 14 ACM Awards, 12 CMA Awards and 10 AMA’s, while simultaneously maintaining a parallel career as a successful actor in such films as the Oscar nominated The Blind Side, Country Strong, and Friday Night Lights—as well as hosting Saturday Night Live, a rare honor for a singer in any genre. Nielsen-BDS recently certified McGraw as the most-played Country artist of the past 20 years (1992-2012) with more than 10 million spins detected and Mediabase recognized him as the most-played Country artist in the history of their tracking service.