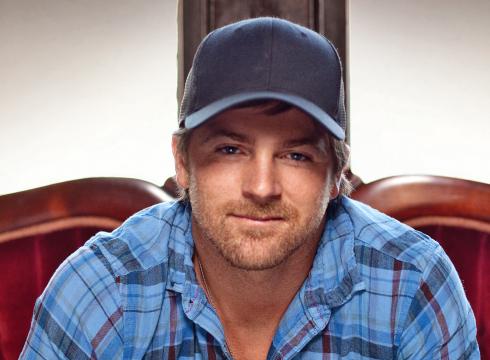 Platinum selling singer/songwriter Kip Moore is gearing up for his biggest CMA Music Festival week yet with a full schedule starting off with the CMT Music Awards on Wed., June 5 where he is nominated for "Breakthrough Video of the Year" and the Nationwide Insurance On Your Side Award for "Best New Live Act." Fans can vote here through June 2. He will also make stops at Fan Fair X in the new Music City Center for multiple fan signings on Thurs., June 6 as well as Fri., June 7 ahead of his first-ever LP Field appearance that night. "Up until now, I've only been on the sidelines at the stadium during CMA Music Fest, so now to be invited to play the big stage is a huge deal for me," said Moore. "I've definitely put a lot of time into becoming a better live performer and really worked hard out on the road, so this kinda feels like a payoff for all that. I can't imagine what the energy of 60,000 fans is going to feel like. The whole week is really special because you're reminded first hand of the dedication of country music fans." On stands this Fri., May 31, Moore is featured in PEOPLE Country's Hottest Guys issue. The photo shoot brought Moore to the beaches of Malibu where he opened up about his passion for surfing and the time he spent living in Hawaii writing songs before his move to Nashville to pursue music full time. Kip Moore's 'Up All Night', was the best selling debut album from any country artist released in 2012 and has spawned two chart-topping hits to date. His first career No. one single, “Somethin’ ‘Bout A Truck,” held the top spot on both charts for two weeks making him the first solo artist in four years to have a debut album’s first single go No. one for multiple weeks. He has already sold out dozens of headlining shows this year, sometimes in just minutes. Moore continues to headline his own dates and will also open for superstar Toby Keith this summer. For more information, visit www.kipmoore.net.