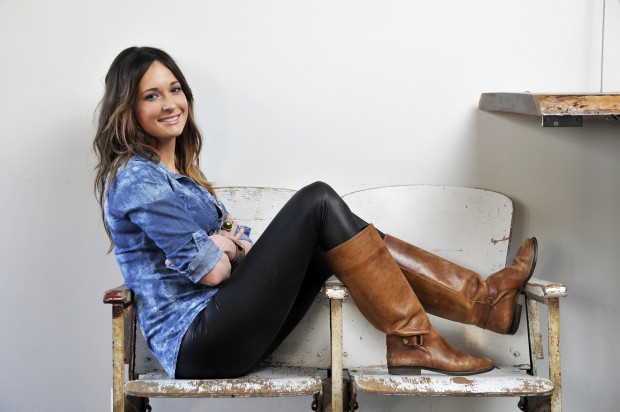 Kacey Musgraves “sees” things – not in a Sixth Sense “I see dead people” kind of way – but more of a creative, visual way, most likely when she’s in the midst of writing songs. For her latest single, “Blowin’ Smoke,” Kacey envisioned what kind of video she’d like, while she was in the process of writing the song with Luke Laird and Shane McAnally.

“When I’m writing a song, I’m kind of a big picture person, as in like I see the video," says Kacey. "I love all those aesthetic parts of music. So, after we wrote this, I kind of pictured this like hazy like diner noise kind of in the background. It’s like you’re there. You can just hear like plates clinking and people coughing and orders being called out. So I told Luke and Shane that I think it’d be cool to have some sort of something back there, and one day Luke went to, I believe it was Waffle House, and just put his iPhone on the counter and just recorded his whole time there, and that’s what made it on the record. It’s funny because you can hear a Waffle House lady in the background calling out an order, and she’s like, ‘Bacon and scattered!’ and we left it.”

“Blowin’ Smoke” is from her album, 'Same Trailer, Different Park'.

Kacey is locked in as one of the performers at this year’s Farm Aid concert September 21st in Saratoga Springs, New York.