Keith Urban Covers Nashville's Lower Broadway Like No One Else (VIDEO) 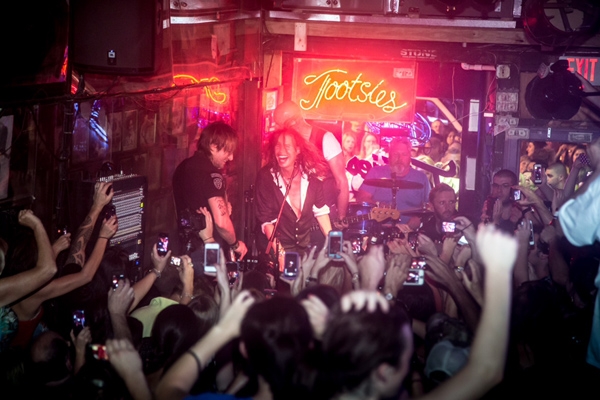 Keith Urban took it to the streets of lower Broadway in Nashville last night as he promoted the release of his latest album "Fuse' set to release this coming Tuesday.  He played at Legends Corner, The Stage and Tootsies Orchid Lounge to packed houses with crowds gathered outside just to hear the country superstar.  Most fans who made it into the venues had staked out their spot hours early in the day Friday.  Steven Tyler joined Urban onstage at Tootsies, with Eric Church joining him earlier in the evening.  Urban began the evening with a live taping for Yahoo! Music's Ram Country Live! series which will air on September 25th.  The Yahoo! taping was attended by select industry members and ticket winners.

Watch the video of Urban & Tyler below.