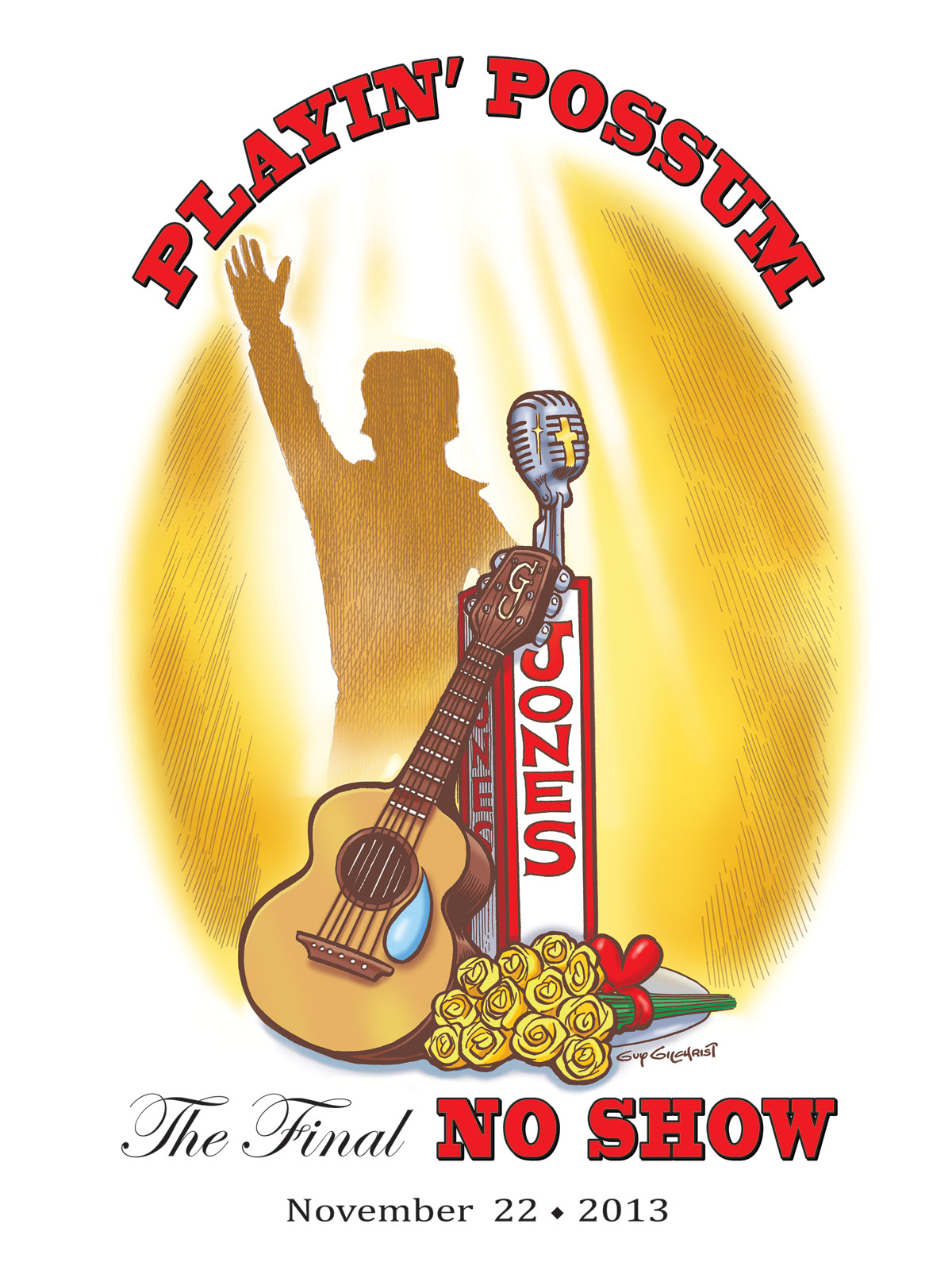 Recognized worldwide as the “greatest living country singer,” George Jones represented everything about Country Music and was loved by fellow artists, musicians, producers, publishers, songwriters, video directors and industry executives. On November 22nd, Nashville and beyond will honor the music legend with an all-star tribute, the date that George was to perform the final show of his illustrious career.

“I am so excited how this show has evolved and I will be forever grateful to the artists that are coming to honor George,” says Nancy Jones. “The evening might be long, but I don’t think people will be upset as they will witness the best musical tribute Nashville has ever seen with so many artists performing George Jones songs.”

Playin' Possum! The Final NO SHOW talent list: (in alphabetical order based on first name, not order of performance)

Although the show is SOLD OUT, a special VIP package which includes a show ticket, a VIP pre-show reception with Nancy Jones, and other special items are available on a limited basis. These packages are only available at www.georgejones.com.

Playin’ Possum! The Final NO SHOW is being produced by Mike Smardak of Outback Concerts, with Suzzane Skinner serving as Talent Producer, Kirt Webster serving as Show Producer, Bobby Birkhead serving as Music Director, Sherry Hohimer handling VIP ticketing, fan club, and serving as assistant to Nancy Jones, and Getty Images will serve as exclusive photojournalists for the evening.