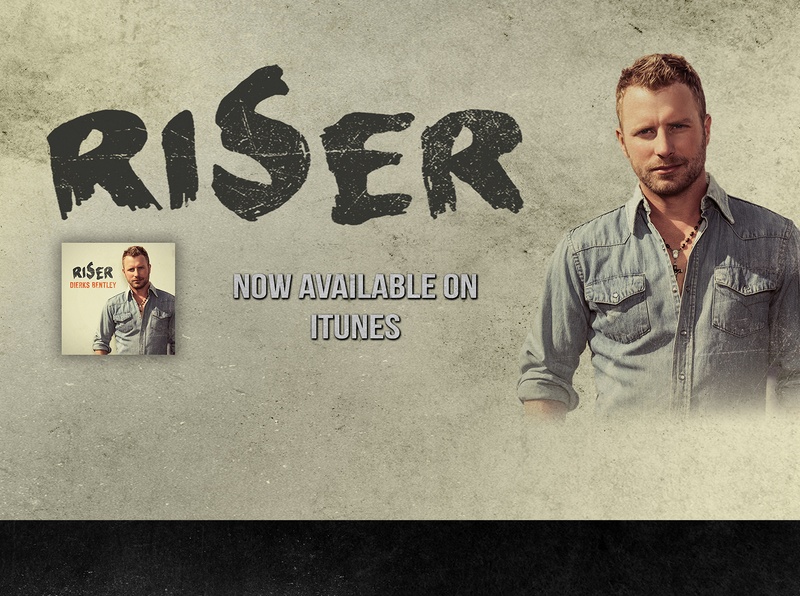 Set your dvrs and drink an extra cup of joe!  Dierks Bentley will perform on The Tonight Show Starring Jimmy Fallon later tonight as he continues his tv appearances this week promoting his latest album, 'RISER', which released yesterday.

'RISER' has received critical acclaim both before and after its release.  Billboard named 'RISER' one of the year's “most highly anticipated” and notes “fueled by personal triumph and tragedy…Bentley goes deeper than ever.” The Washington Post lauds Bentley for “excelling outside the bro zone," while Country Weekly featured Bentley on the cover last week, adding Bentley “revitalizes country music on his greatest album yet.”

'RISER' is available in most retail outlets as well as on Itunes.

Bentley will also appear on Bravo's Watch What Happens Live today and The View tomorrow, 2/27. He will catch up with fans in Chicago for an album release show this Thursday (2/27) and will round out the week-long trek with a surprise concert at an unannounced location that is being revealed on social media over the course of the week.

In case you missed Dierks performing on Good Morning America yesterday, you can view his performance of "I Hold On" below.