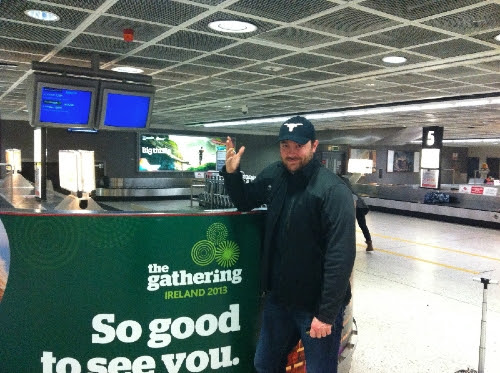 After making his inaugural trip to the UK and Ireland in early 2013 for the CMA Songwriter’s Series with Kristian Bush, Brett James, and Bob DiPiero, RCA Records Nashville artist Chris Young is packing his bags for another hop across the pond in March to perform back-to-back dates at the C2C Festival. On March 15 he’ll take the stage in Dublin, Ireland then travel to London, England on March 16 for the closing date of the festival. The 28-year old will then join Braid Paisley as the “Beat This Winter” tour hits international turf for shows in Stavanger Norway (3/19), Oslo, Norway (3/22), Gotteborg, Sweden (3/23) and Stockholm, Sweden (3/25) before heading home at the end of the month.

“Last year we had some lost luggage issues to start off the trip, so I’m really hoping my bags make it with me this time,” jokes Young. “I’m really excited to be returning to Europe! It’s so great to see so many fans in other countries and always cool to see them singing along with my songs, even if it hasn’t been a single.”

Chris’ new single, “Who I Am With You,” from his recently released album 'A.M.', is making an immediate impact at country radio and with critics. Music Row Magazine said, "This guy is arguably our finest young Country vocalist. This powerful love song gives him plenty of room to emote. I remain an enormous fan. Play this now.” After wrapping up Brad Paisley’s BEAT THIS WINTER TOUR, Chris will join George Strait on select dates in April before hitting the road with Dierks Bentley on the RISER TOUR beginning in May. For all the latest information on Chris Young, visit chrisyoungcountry.com and follow him on Twitter @ChrisYoungMusic.