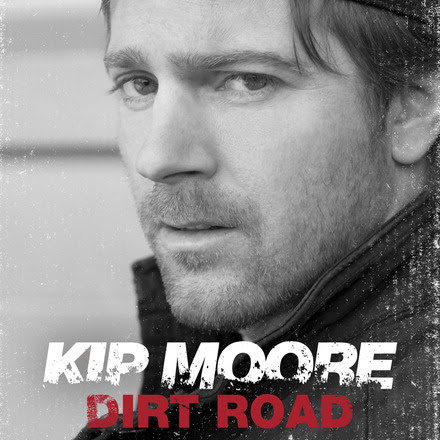 MCA Nashville singer/songwriter Kip Moore is releasing "Dirt Road," from his upcoming sophomore album. The track is now available at all digital retailers and was written by Moore along with close friends Westin Davis and Dan Couch (Somethin' 'Bout A Truck" and "Hey Pretty Girl"). Highlighted by Moore's smoky voice, the song features a surging tempo and vibrating guitars encompassing of the road warrior's signature rock vibe.

"The groove of this song is something that really grabbed me," said Moore. "I actually worked it up with the band on the road and we played it live that same night. We did that with a lot of the new songs and in a way the live crowds helped shape this album because of that."

Moore, "one of Nashville's breakout stars…" (Washington Post), will continue to treat fans to previews of what is to come with the new album on the road this summer as he picks up with Tim McGraw on his SUNDOWN HEAVEN TOWN Tour on May 8. Moore's debut album UP ALL NIGHT became the best selling debut album from any solo male country artist released in 2012 and 2013, and produced three back-to-back No. one singles with the PLATINUM-selling "Somethin' 'Bout A Truck," "Beer Money" and "Hey Pretty Girl."