Dierks Bentley's 11th No. 1 "I Hold On" Earns Gold Certification In The US & Canada 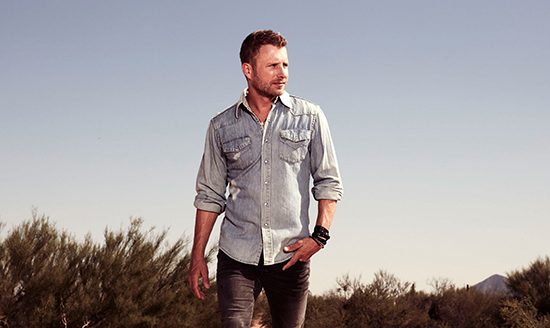 Award-winning singer/songwriter Dierks Bentley’s driving “I Hold On” has officially been certified GOLD in the US by the RIAA for digital sales of over 500,000 downloads and simultaneously received GOLD certification by the CRIA in Canada. Released on Capitol Records Nashville, RISER’s lead track set the pace recently topping both radio charts, becoming Bentley’s 11th career No. one single as both a singer and songwriter.

Bentley is following up RISER’s GOLD single with “Nashville’s Freshest, Funniest Party Song” (Star Tribune), “Drunk On A Plane." Fans can catch Bentley out on his headlining 2014 RISER TOUR for opening weekend in Charlotte, NC (5/9) and Raleigh, NC (5/10) next week. For a full list of tour dates, visit www.dierks.com.