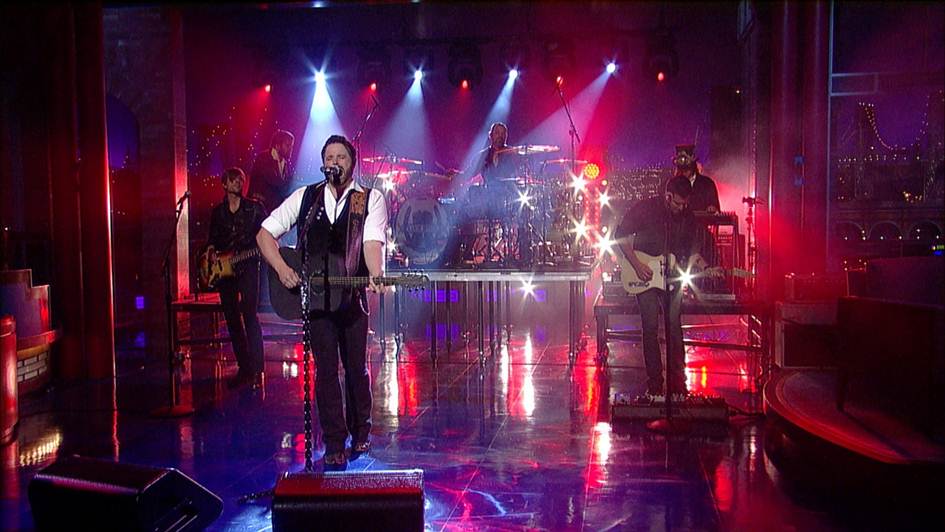 Following his crowd-pleasing performance of “Like A Cowboy” on The Late Show with David Letterman last week, country star Randy Houser released the powerful new single to radio on May 19. Over the weekend, Houser also nabbed the top spot on CMT’s Hot 20 Countdown with the music video for his most recent No. 1 hit, “Goodnight Kiss.” Houser had a hand in writing both songs, which appear on his Stoney Creek Records album How Country Feels.

Click here to watch Houser’s performance of “Like A Cowboy” on The Late Show with David Letterman.

The music video for “Goodnight Kiss,” which was directed by Wes Edwards and filmed at Nashville’s historic Fontanel Mansion, is the third from How Country Feels to top the CMT Hot 20 Countdown. Its predecessor, the visually stunning video for Houser’s Platinum No. 1 hit “Runnin’ Outta Moonlight,” is nominated for Male Video of the Year at the 2014 CMT Music Awards.

“Like A Cowboy” was written by Houser and Brice Long and is the fourth single off How Country Feels, following the three consecutive No. 1 hit singles “How Country Feels,” “Runnin’ Outta Moonlight” and “Goodnight Kiss.” While a fifth single from the album may be in the works, Houser is already crafting new material and fans can expect a fresh sound from the artist soon.

Houser is currently on the road as the direct opener for country superstar Brad Paisley on the Country Nation World Tour, which kicked off Friday, May 16, and he continues to perform his own headlining dates across the country. For more information, please visit www.RandyHouser.com or follow on Twitter and Facebook @RandyHouser.