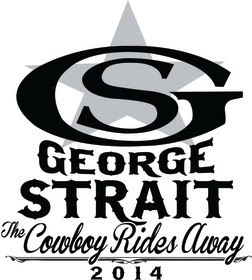 Anticipation continues to rise for reigning ACM and CMA Entertainer of the Year George Strait’s final tour stop at AT&T Stadium in Arlington, Texas as the June 7 date approaches, but those attending the star-studded show will want to pack lightly for the event. Due to stadium security policies aimed at enhancing public safety, AT&T Stadium limits the size and style of bags allowed inside the 100,000-seat capacity venue.

According to the policy, prohibited items include, but are not limited to: All purses, bags or containers larger than a small, single-compartment clutch purse; backpacks; binocular cases (binoculars may be worn around the neck); briefcases; camera bags; cinch bags; computer bags; coolers; diaper bags; fanny packs; luggage of any kind and seat cushions.

Approved bags include clear totes that are plastic, vinyl or PVS and do not exceed 12-by-6-by-12 inches in dimension; re-sealable, clear, plastic storage bags up to one gallon in size; and small clutch purses that are approximately the size of a hand. Clutch purses cannot be larger than 5-and-one-half-inches by 8-and-one-half-inches with or without a handle or strap.

Despite what pre-printed tickets for the event may say, gates to the plazas at AT&T Stadium will open at 3:00 p.m. and doors to the stadium will open at 4:00, with the show set to begin at 6:00. A star-studded lineup will join the “King of Country” for his final show on The Cowboy Rides Away Tour 2014 presented by Quicken Loans: Six-time Grammy Award-winning group Asleep At The Wheel will be the opening act and country superstars Jason Aldean, Kenny Chesney, Eric Church, Sheryl Crow, Vince Gill, Faith Hill, Alan Jackson, Miranda Lambert and Martina McBride will each perform three songs during the show.