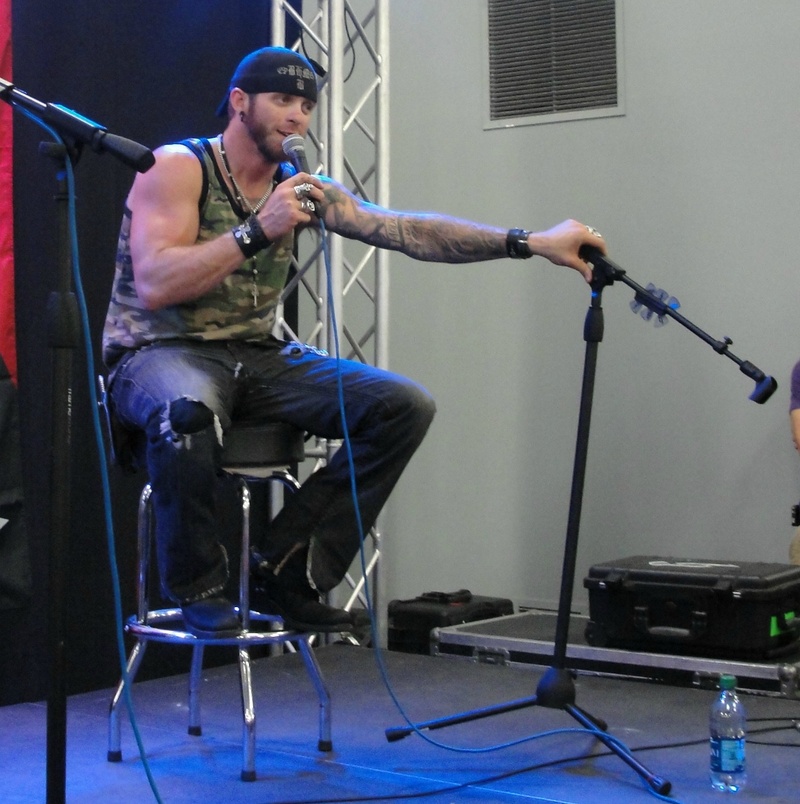 Brantley Gilbert released his newest album, 'Just As I Am', last week after four years of fans loyally awaiting it.  He didn't do it just any way, he took the road riding 3000 miles on his bike along with many of his friends.  The ride began in Athens, GA, and ended in Arlington, VA, at Arlington National Cemetary on Memorial Day.  Gilbert made stops in 11 cities in between with in store performances, cd signings and stops at the Indy 500 and the Coca-Cola 600 this past Sunday (May 25).  The ride was not only to promote his new album but also to raise money and awareness for Folds of Honor, a military charity that provides assistance to families of fallen military heroes.  Each stop along the way the crowd heard a military family's story of how they had been affected by Folds Of Honor and Brantley performed several songs and took questions from the crowd.  View our photo gallery from his stop in Greenville, SC, here.

Hear the story of a military veteran who lost her husband in Afghanistan and how Folds Of Honor has helped her and her family below.

Gilbert talks to the crowd and takes questions in Greenville, SC (May 22) And the question was "Can I have your pick....."