Chris Young will be heading to the Big Apple a few days earlier than planned this week. While Young is gearing up for his headlining show at Best Buy Theater on November 14, his first show in the city in nearly two years, the RCA Records Nashville singer/songwriter will arrive early to make his debut performance on the “Late Show with David Letterman.” Young will tape a performance of his latest mash, “Lonely Eyes,” set to air on the “Late Show with David Letterman” Friday, November 14 at 11:35pm eastern/10:35pm central on CBS. The performance will mark not only Young’s first time playing the esteemed show, but also the national TV debut of the song.

The single singer is also making headlines as Country Weekly magazine’s fan-voted Country Music’s Sexiest Man. Chris Young will grace the cover of the November 17 issue (on stands November 7) of Country Weekly and fans can get a sneak peek below. 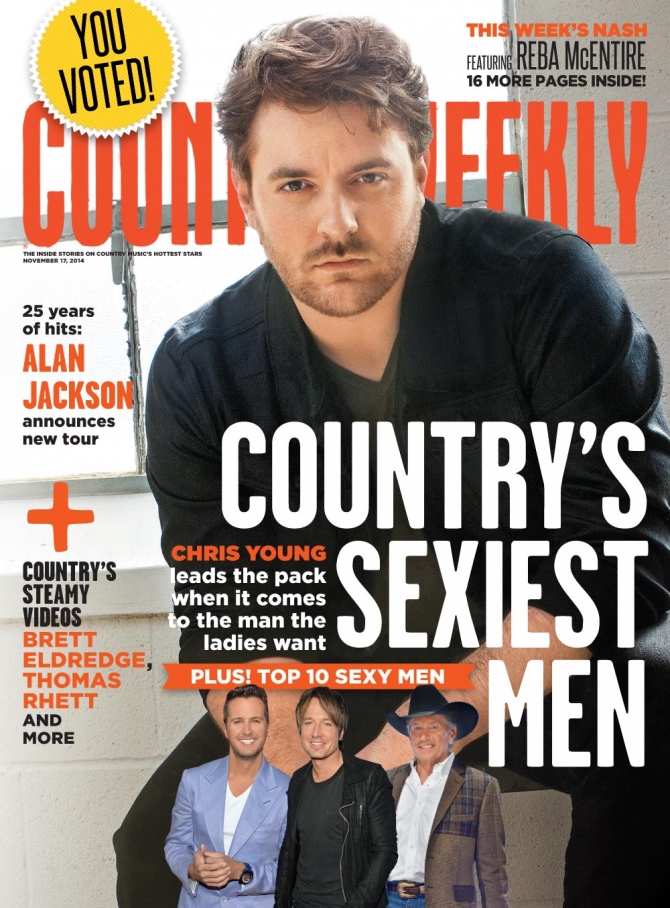 Chris Young’s latest album A.M. has already yielded his Gold certified, sixth chart-topper “Who I Am With You” and Top 5 hit and Gold certified single “Aw Naw.” His latest hit, “Lonely Eyes,” is quickly climbing the charts. Young has sold-out 20 headlining shows in the U.S. since this summer. The Grammy-nominated singer recently announced his 2015 A.M. World Tour, with dates set for Australia, Ireland, Germany and the UK. Join the conversation with Chris Young’s more than 2.2 million followers on Facebook, Instagram and Twitter and get tickets to catch him on tour at www.chrisyoungcountry.com.