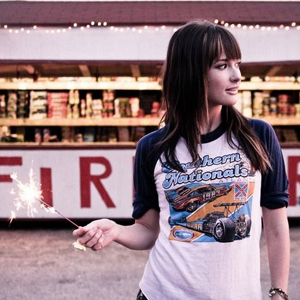 Mercury Records singer/songwriter Kacey Musgraves will release her debut album, Same Trailer Different Park, on March 19th. The album is co-produced by Musgraves, Shane McAnally and Luke Laird and features her current single and top 15 hit “Merry Go ‘Round.” Musgraves wrote or co-wrote all tracks on the album.

"The making of this record was such a fun and meaningful time for me," said Musgraves. "As a writer, singer and producer I learned so much throughout the whole process. I am proud and excited to present a project alongside Shane McAnally and Luke Laird that came from a very real and inspired place in my brain and heart."

The 24-year-old Texas native has garnered massive critical acclaim with the release of “Merry Go ‘Round” and her reputation for portraying an honest and sometimes uncomfortable truth has been featured in multiple press outlets. Esquire named Musgraves as one of their “15 Music Artists to Watch” and said “This supernaturally effortless East Texan is a songwriter's songwriter to the point where it's going to be as fun hearing the songs that don't wind up on the radio as the ones that do.”

Little Big Town has invited Musgraves to open their Tornado Tour starting January 31st in Murray, KY and this summer she will join Kenny Chesney’s No Shoes Nation stadium tour. For a full list of tour dates please visit www.kaceymusgraves.com.