Blake Shelton Announces "Based On A True Story..." To Hit Stores March 26 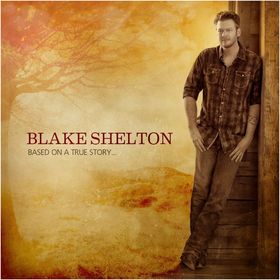 Blake Shelton announced Monday morning on NBC's Today Show, that he will  will release a new album "Based on a True Story... "on March 26th on Warner Music Nashville.

"I had some time off in January, and kind of reflected on last year and the way this one is starting with the new single," he explained to the show hosts, Hoda Kotb and Kathie Lee Gifford. "I try not to think too hard about this stuff, because once I start thinking about stuff I tend to screw it up."

Shelton also debuted the video for the album's lead single, "Sure Be Cool If You Did," on the show. Click HERE to watch the video.

"Any show that purposely says they have 130 days of drinking in a row, that's the show I want to debut my video on," he jokes, "because they'll be drunk enough that they'll actually think it's a good video!"

In addition, Blake will be returning to his chair for a new season of The Voice with Maroon 5's Adam Levine, Shakira and Usher on March 25th.

Track Listing for "Based On  A True Story..."

5. Country On The Radio

7. Doing What She Likes

8. Still Got A Finger

9. Mine Would Be You