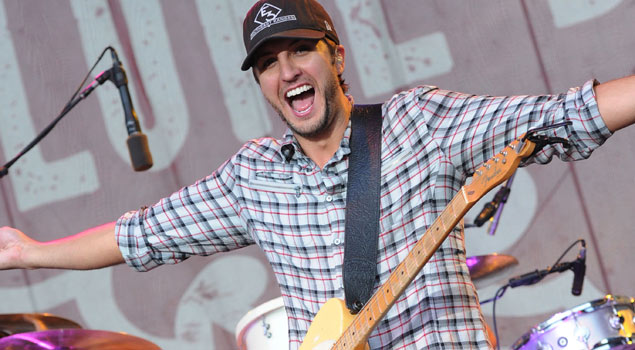 Country superstar Luke Bryan has crashed sales records this week, as his latest album 'Crash My Party' has sold 527,783 units, making it the biggest sales debut for a Country male artist since 2004. 'Crash My Party' topped both the Billboard 200 and Country sales charts and is the third highest album to debut across all genres this year. Additionally, Luke is one of only two country artists - the other being Taylor Swift - that have sold more than a half-million copies of an album in a single week since 2008. This is Bryan’s second consecutive Top 200 #1 album.

“I’ve never been this excited about an album that I have put out, and the response I have gotten is really humbling and mind-blowing to me,” Luke says. “I am lucky to have some of the best fans in the world, and I am happy to see them enjoying this album as much as I do. I’m just so thankful for my fans and for Country radio for the amazing support.”

The album’s title track, a multi-week #1 single, recently set a Billboard record as the largest one-week audience since 2005 with 45.5 million listeners and has sold 1.2 million downloads. Luke’s newest single, “That’s My Kinda Night,” is also the highest-debuting single of his career.  'Crash My Party' is Luke’s fourth studio album which follows his double-Platinum 2011 album 'Tailgates & Tanlines'.

Luke’s career now boasts over four million in album sales with seven #1 singles. He is the reigning ACM Entertainer of the Year. Luke was named the #1 Artist of 2012 and #1 Male Artist of 2012 by Country Aircheck. Billboard named 'Tailgates & Tanlines' the #2 Country Album and the #3 Country Artist Album of 2012 and claimed Luke as the #3 Top Country Artist of the Year. Also in 2012, Luke took home 11 music awards, including a record nine wins at the American Country Awards as well as his first American Music Award. This spring, Luke co-hosted the Academy of Country Music Awards with Blake Shelton and received the coveted Entertainer of the Year award as well as the Vocal Event award with Jason Aldean and Eric Church for “The Only Way I Know.” At the CMT Music Awards in June, Luke won for Collaborative Video of the Year for “The Only Way I Know.”